Ok, the title of this post is a little misleading but I’m a big fan of alliteration and I like to think that what I did was SLIGHTLY on the sophisticated side…you be the judge!

So, those who know me (and probably even those who don’t) know a few basic things about me:

-I like to get a little creative (although, admittedly, procrastination and laziness have overpowered my creative side lately…creativity requires time and lots of forethought)

I made a little somethin’ somethin’ that combined the above and was fairly satisfied with the results! I present to you: Peppers stuffed with leftover quinoa salad, topped with an egg. Nom nom nom! I purposely made excess quinoa salad so I could use them for my peppers. I actually prefer it a couple days after I’ve made it because at that point the flavours have really had a chance to soak in. I LOVE how two cups of quinoa supplies you with SO MUCH FOOD. I managed to stretch out £3 of quinoa salad into two meals for two people. Not bad, eh!?

Step 1. Blanche cleaned out peppers in boiling water for one minute. I personally like using sweet peppers (yellow/orange/red) but any colour peppers will do. Just make sure you get some decently big ones so you can do some major stuffing! Preheat oven to 200 degrees F. 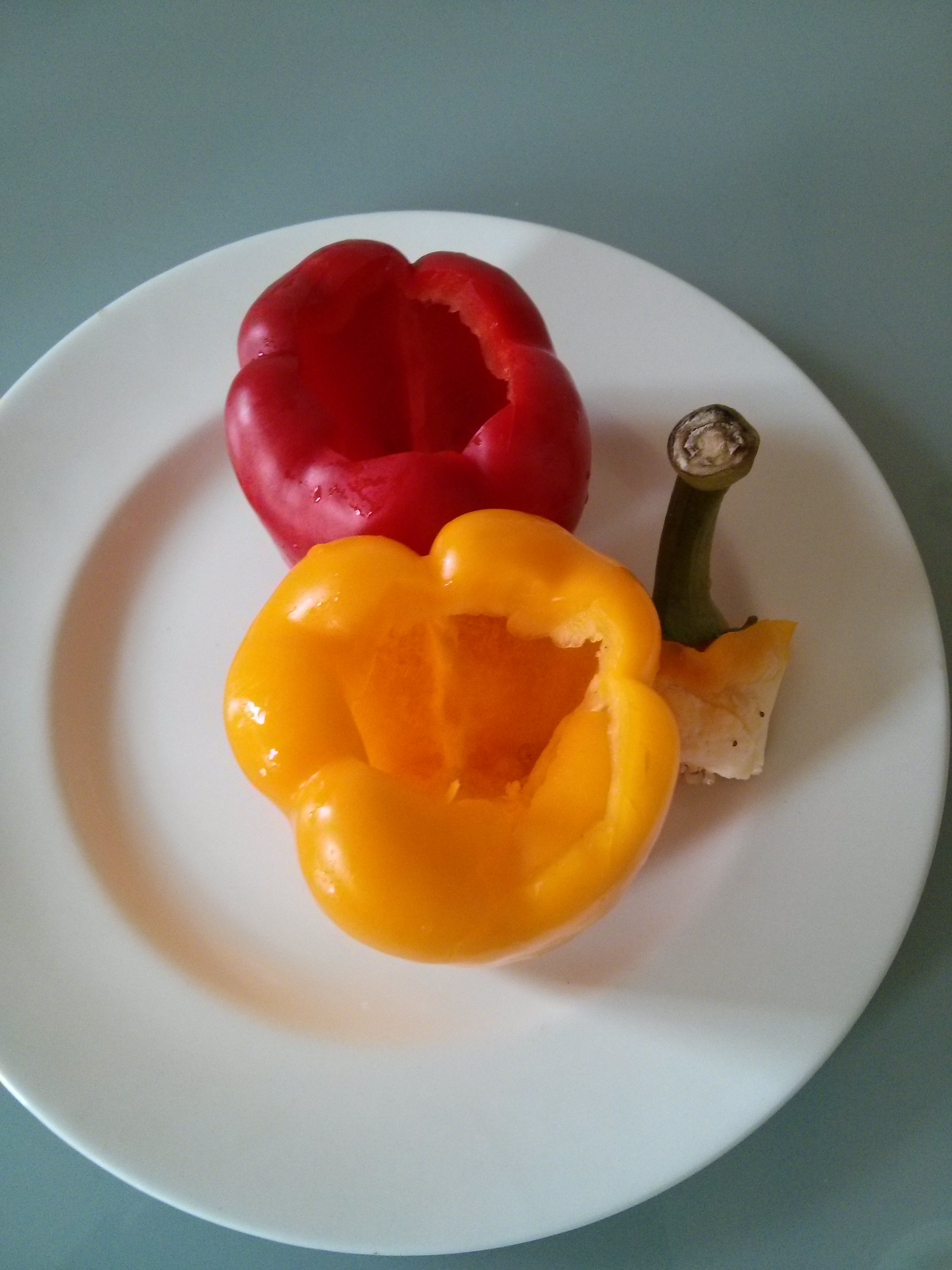 Clean out those peppers!

Step 2. Take leftover quinoa/rice/couscous and do a quick reheat in a pan. Add some tomato sauce and grated parmesan or mozzarella to ensure your stuffed peppers are beautifully saucy and gooey.

Step 3. Fill your peppers with the leftovers, leaving a bit of space on the top for the magic ingredient… 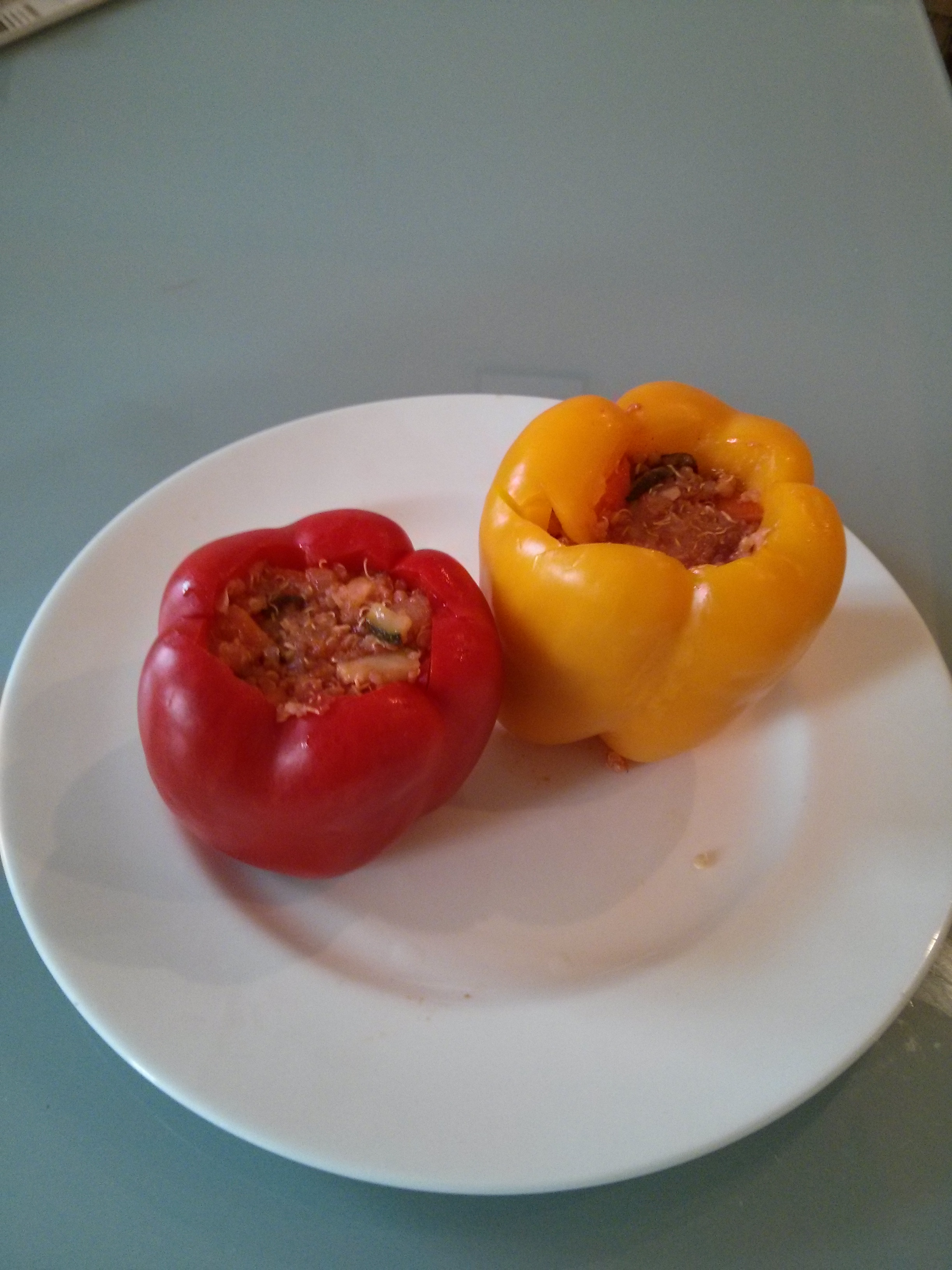 Time to stuff these beauties

Step 4. Magic ingredient time! Crack an egg into your stuffed pepper. I’ve advised you to leave space in your pepper so you don’t make the same mistake I did..I didn’t have enough room for my egg and the egg white ended up spilling over

(Picture of red pepper not shown, I didn’t feel the need to provide evidence of my boo-boo) 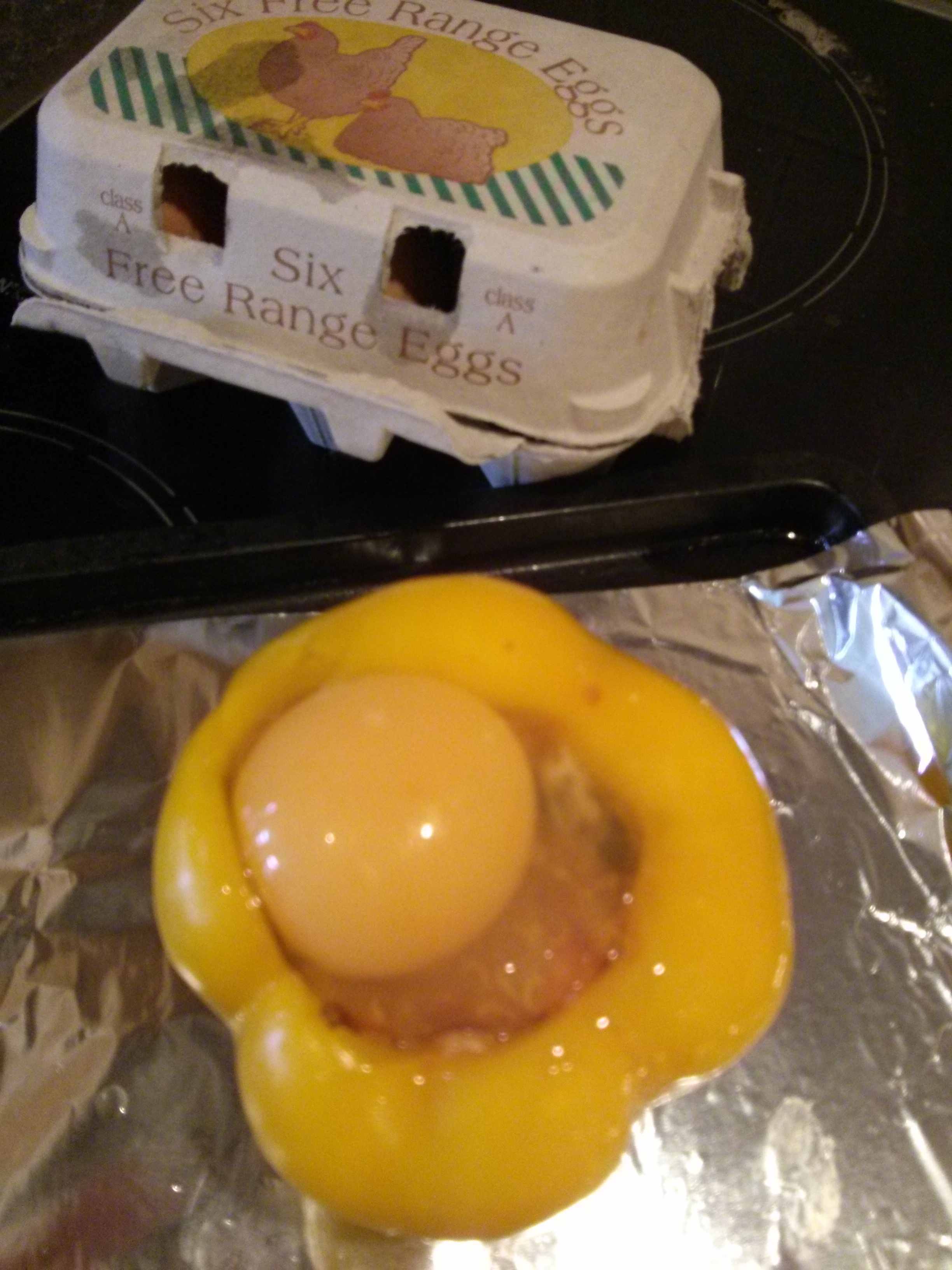 Step 5. Sprinkle a bit of chilli flakes and ground pepper on top then pop peppers in the oven and let bake for 10-15 minutes (20 minutes if you don’t like runny whites and would prefer the egg to be more cooked).

That’s it! I’ve made stuffed peppers before but I love the addition of the egg. Cutting the pepper and letting the egg yolk soak into the quinoa and being able to scrape the yolk with the peppers was ever so satisfying! 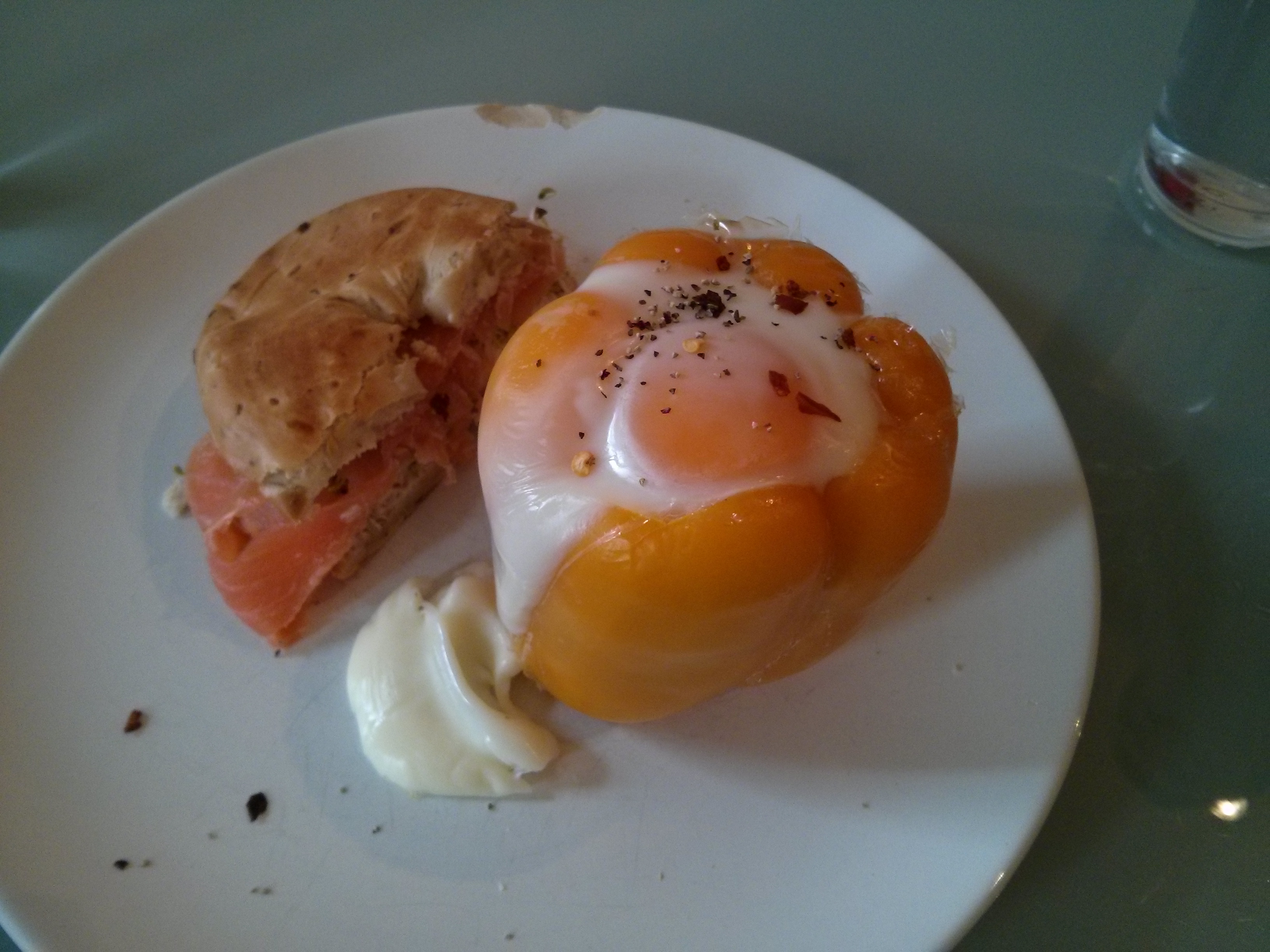