Ok, so I know I’m due for some butt kicking since I know there are a couple (maybe even a few??) of you that check for updates on a regular basis and I haven’t written anything since Easter, but I’ve been busy! You know I would never purposely neglect you…but I’ll make up for the error of my ways, I promise!

Last weekend a bunch of us went down to Winchester, a city about an hour south of London, to visit a friend who’s been asking (I should really say begging, but I’m trying to be nice. Clearly, that has backfired).  I really had no idea what to expect out of a place that has been described as “the city in the middle of nowhere where people only live because it’s within commuting distance of London”, but it was REALLY beautiful!!

A quick history/fact lesson on the city of Winchester:

The day started off drab, thanks to typical English weather so I didn’t get to catch much since my umbrella covered most of the view. But later on the sun decided to show its beautiful face and I got a chance to appreciate my surroundings. We went to Winchester Castle, Wolvesey Castle, which used to be a great medieval building in England, but now lays in ruins, took a long stroll along the River Itchen, walked through the grounds of the very grand Winchester College, and ended off the day at Winchester’s pride and joy- Shakeaway- by indulging in a delicious banana/caramel/flake bar milkshake. Calories-schmalories…we probably walked a good 8 miles that day. The milkshake was well-deserved!

Oh, there’s one interesting fact I wanted to share with you! I feel like I knew this in the back of my mind but didn’t REALLY know it. The Royal family is SO incestuous!! I took a look at the family tree and it seems like all the marriages are between 3rd or 4th cousins. Queen Elizabeth II is the first one of the family to have both her maternal and paternal side be related and she’s related to every single important head on both sides of the family tree. Her and her husband, Prince Philip share the same great great grandmother- Queen Victoria. Prince Charles and Princess Diana were distant cousins and even Camilla is Prince Charles’ 9th cousin. Talk about purists…I wonder how long, or if, it will take to break out of the inbred cycle and get out of the “keep it within the Royals” mentality. Think it’ll ever happen?

I got a big dose of Royal Family lessons that day and just want to share one more thing before you doze off. Did you notice that Queen Elizabeth II is titled “Queen” but her husband is still Prince Philip? This is because there can only be one Monarch (i.e. heir to the throne) at a time. When the Monarch is female (i.e. Queen Elizabeth II) she can be the only one in reign. Her husband would remain a prince to show that he has no inheritance rights to the throne. BUT if the Monarch is male (i.e. Prince William becomes king) then his wife (so Kate Middleton…Princess Kate, Princess Catherine- whatever you want to call her) would be Queen Kate because William has ascention (I made up the word, but you know what I mean) rights to the throne since a king always takes precedence over a queen.

I hope I provided you with a “wow, you learn something new every day!” fact 😉

Ciao ciao, I promise to resume my regular level of entertainment my next post! 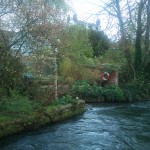 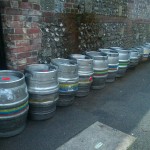 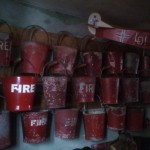 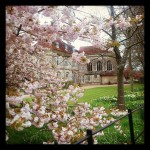