I’m currently sitting on a couch watching tv at M’s grandparent’s place in Dorset. I’m going on to about hour 4 and can’t tear my eyes off of “Crimes that shook the world”. Don’t judge me…we don’t watch tv in Bath and one of my favourite reasons for visiting his grandparents is to get my fix of tv..I watch enough to last me the next 3 months. I haven’t watched Desperate Housewives for 2 years but after watching 3 back-to-back episodes I’m now fully caught up again and have resumed the addiction I so vividly remember from 5 years ago.

I absolutely love going for the countryside visits. It’s not that Bath is this overly hectic and bustling city that exhausts me to no end or anything, but my Broadwindsor getaways are so tranquil and fun that I don’t think I’ll ever tire of coming. I’m fairly certain that given the option of choosing between a weekend of late night clubbing or going down south for a weekend that includes card games, countryside walks and a Sunday roast, the latter would always trump the former. Hopefully M’s grandparents won’t ever tire of us visiting. We have an awful habit of devouring all food in sight and are waiting for that to be held against us.

M’s grandparents are, to put very eloquently, really cool. I mean, how often do you get to meet grandparents who use Facebook, Skype, sign petitions to increase their broadband speed, say things like “We watched a really funny American cartoon they other day…something called Northern Park?? (i.e. South Park) and refuse to let your wine glass stay empty for more than 5 seconds during dinner (i.e. teatime)??

I know that I’m always guaranteed a good laugh whenever I come, whether it’s due to getting lost whenever we go for countryside walks (this has become somewhat of a regular occurrence, wherein walks that should only take 2.5 hrs somehow stretch to 4 hr walks), learning the art of baking (M’s nan graciously gives me credit whenever I assist with making dessert…she told everyone I helped make today’s yummy strawberry meringue dessert when all I did was pour in sugar into the whipped egg whites), or getting involved in family feuds (we had a game of Settlers one time that ended up with M yelling at his granddad to make a move that would stop me from winning, which his granddad construed as cheating. I think M has since been removed from his will).

This visit has been extra special because of the Easter weekend. We arrived Saturday morning and were greeted with a full English breakfast (wow! They love me! They really, really love me!): fried eggs, toast, bacon, baked beans. M said he thinks if I lived here I’d become a big huge ball, which would be true if we didn’t always go on the long walks I mentioned that probably burn a good 4000 calories. To be honest, these walks tire me out. I’m still not really used to the concept of exercise and England is full of rolley hills, which appear to all be located within 1 mile of where his grandparents live :S. I have to tell myself that if his nan can plow through these walks then I can do it too! Yesterday’s walk down Common Water Lane was particularly fun and memorable because M got full on chased by a really vicious goose. If you think the geese at UW are crazy just wait til you come here. The male geese here are so protective of their land that I find them more intimidating than Dobermans. Being the manly man M [thinks he] is, he approached a goose (after being egged on by his nan and I) only to have it go into attack mode. What is attack mode? Picture extended wings, stretched out neck, an open beak to expose their razor sharp teeth, running after a very terrified boy, I mean…man. M made it past the fence in time, but I would’ve been interested to see a man vs. nature showdown.

I’m not wearing pants that are especially tight right now but my stomach is hanging over my pants due to the HUUUGGGEEEE turkey feast we had today. The feast started at 3PM and I think we ate until 5:30PM. I probably didn’t have to eat all the chocolate I was given, but did you not know that it’s rude to turn down food when it’s offered to you?? English people LOVE their gigantic chocolate eggs here. I think we have them back home but from what I remember we didn’t make such a huge deal about it. Just a package of mini eggs would suffice, no?  Not here, though. I think kids probably average out to get 5 large chocolate eggs (that come with Twix, Flakes, Cadbury crème eggs, Mars, Snickers…you name it, there’ll be an egg for it) and polish off the whole lot in one day.

The countryside dream will come to an end tomorrow. We’ll be back soon enough, but in the meantime I’ll be sure to swipe some leeks, potatoes, zucchinis, and maybe another jar of marmalade to keep me going until our next visit ;).

Pictures of my countryside adventures: 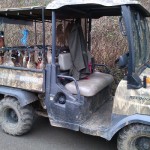 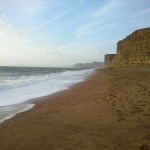 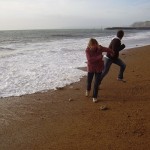 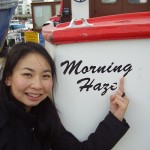 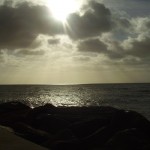 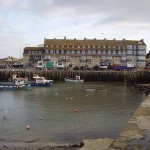 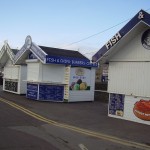 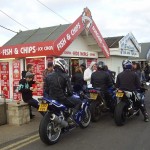 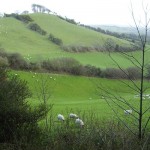 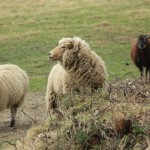 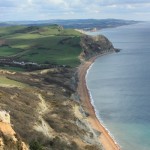 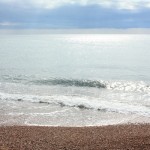 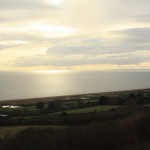 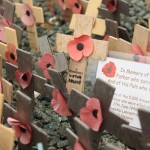 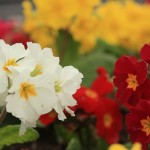 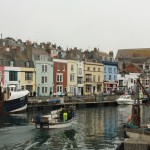 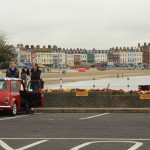 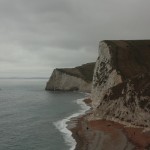 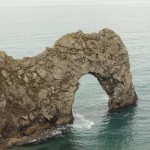 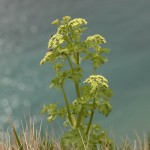 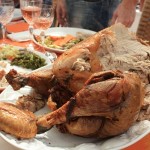 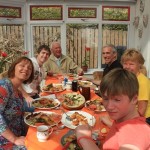 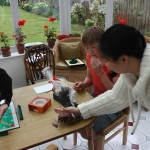 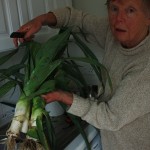